After 13 years of research, interviews and writing that covered more than 450,000 documents, selecting an author's name for If The Devil Had A Wife was simple for Rebecca Stark Nugent: use Frank Mills, the name her father was given at birth before he was adopted. After all, this was his story, not hers.

The book reﬂects the true story of her grandfather -- H. J. Lutcher Stark -- and his fate after marrying a third time. Considered one of the richest men in the South, he was credited with naming the Texas Longhorns, building Memorial Stadium, and serving on the University of Texas Board of Regents longer than anyone before or since. 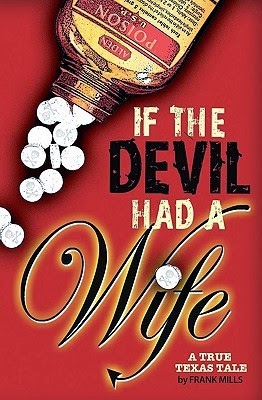 This marks the ﬁrst book for Nugent, a 67-year old grandmother who loves chocolate, cheers for the Texas Aggies, and admires those who tell the truth. She began her career as a newspaper reporter in Big Spring and taught high school journalism in Orange before serving more than 30 years as a public relations director in Texas. She received the 1998 Professional Achievement Award from the Texas School Public Relations Association and the 2009 Distinguished Service Award from the Highland Park High School Alumni Association.

More than 300 programs and publications under her direction have won state, regional and national awards. A graduate of Lutcher Stark High School in Orange, she earned a journalism degree from Texas Woman's University and master's in Interdisciplinary Studies at the University of North Texas.

If The Devil Had A Wife's publisher selected it as the "showcase piece" for the 2010 BookExpo in New York City. It also was recognized by the 2010 Hollywood Book Festival as honorable mention in the non-ﬁction category and received top non-ﬁction honors at the 2011 North Texas Book Festival. Additionally, Lamar University selected it for use as a textbook in English composition classes, comparing Nugent’s writing style with that of Ted Kennedy in his autobiography, True Compass.
Posted by Texas Gulf Coast Writers at 7:07 AM No comments: